When she is not cloaked in shadow, Miranda looks a lot like Jessica Rabbit. She is a 5’4", pale, curvy, natural redhead. 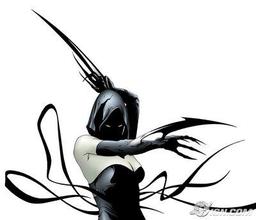