Blond hair and blue eyed despite his hispanic genes. 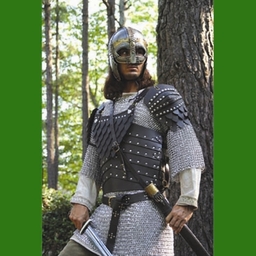